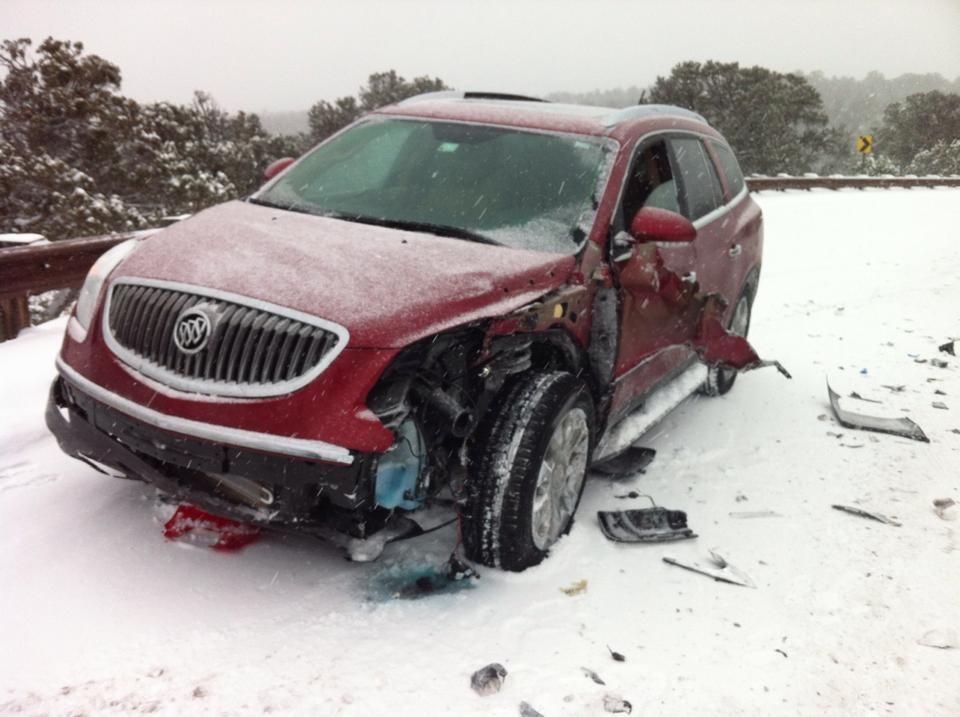 I feel as if I’ve owned and wrecked more cars than the common man.

It all started with a 1981 tan VW Rabbit, which I both side-swiped against my parent’s full sized conversion van and then banged into a curb in the snow, leading to front left wheel damage. I say damage, but the front left wheel was basically ripped off by the impact. 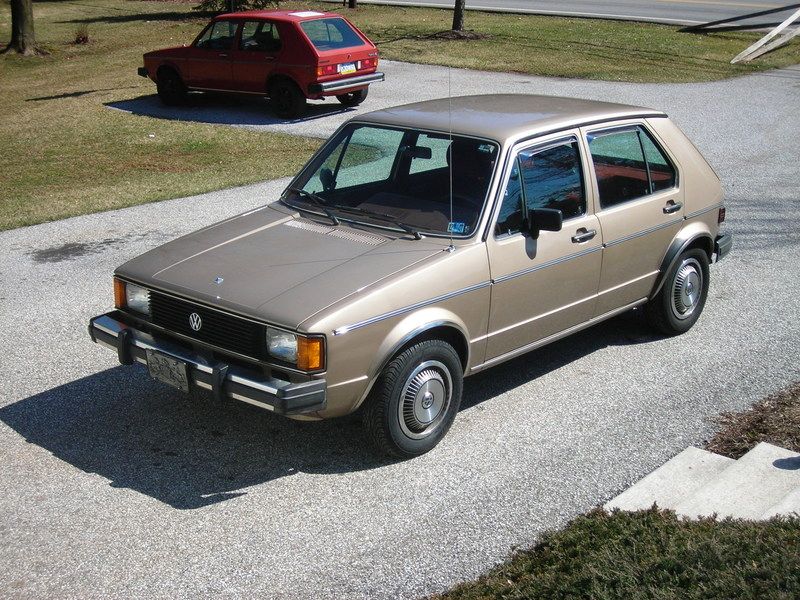 (Same color, ‘cept the inside was a dark blue)

Second up was a 1974 bright-yellow bubble-topped diesel Mercedes Benz, which my friends and I got stoned in more than once. We also danced on it’s top, to the sounds of OMC, in grocery store parking lots. However, twas not all fun and games, for in addition to the lacking stopping power and frequently failing breaks, I opened her up over an intersection one time; bottoming out, ripping the oil pain open and spewing oil all over the street. And yes, though she did come back from this incident, sadly she died much later on from heart attack, when the oil in the engine magically coagulated. 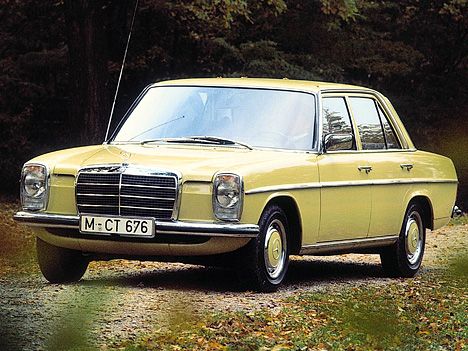 (Such a shitty happy car)

Then it was time for me to actually buy a car; a Jeep Wrangler I loved, for it was fairly new. That is, it was, until I took it into a telephone pole at 45mph. Yeah, I was asleep at the wheel at 6am. I’d already driven all night, drunk, back and forth to parties once and then once again. Still that car was tough! She severed that bitch of a pole. However, I do not recommend waking up with sparks shooting out from an electric box newly fallen on your hood. 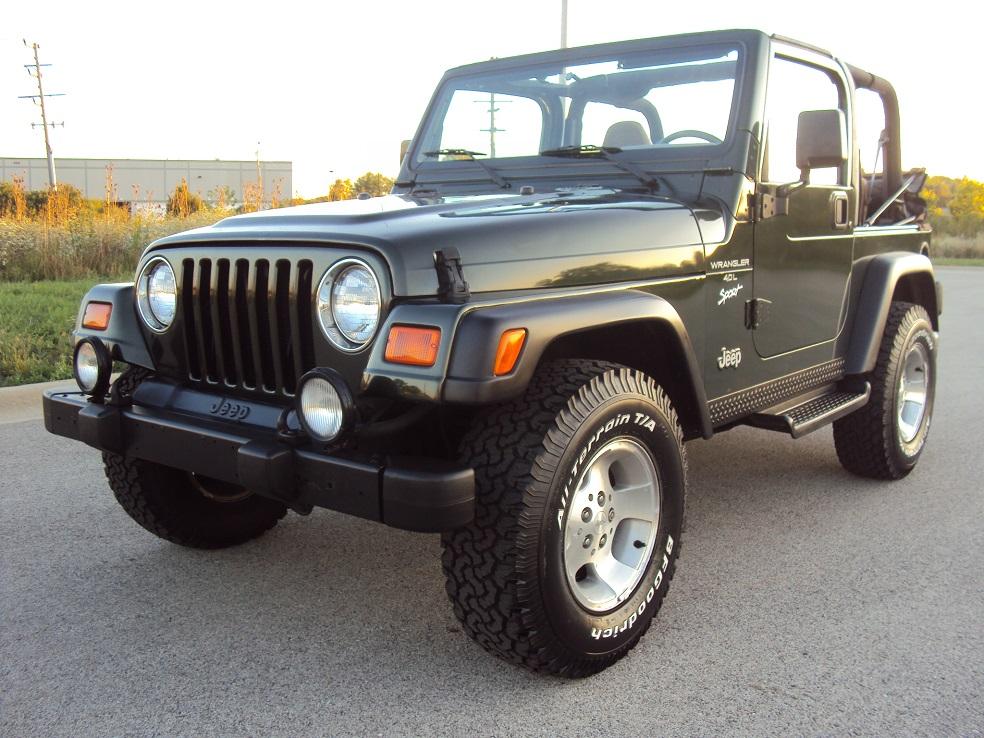 (Mine was better because it was black and had shiny chrome rims.)

Round this time, either before or after, you’ll need to switch over to the story referenced by the picture below to entertain another chapter. 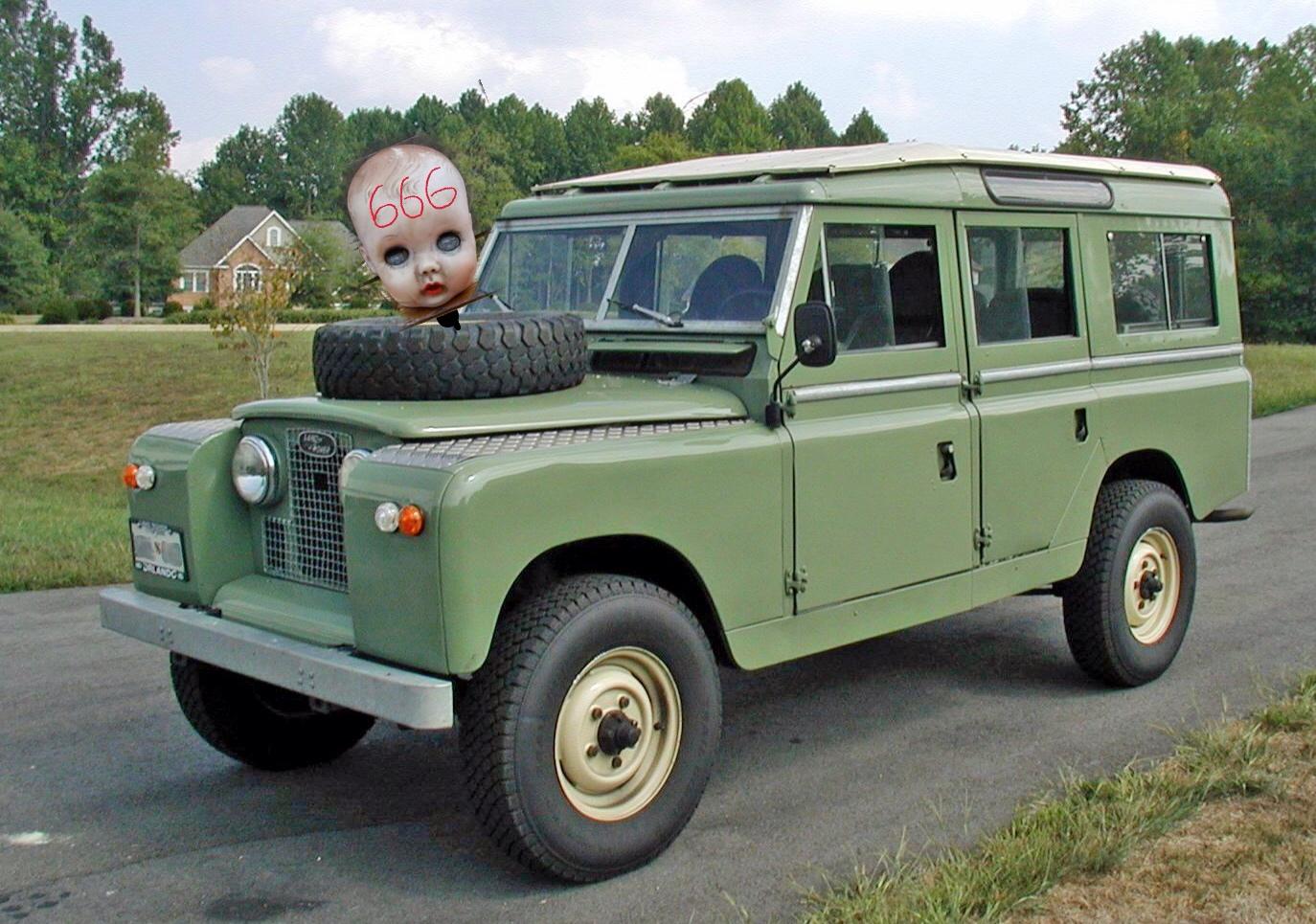 In any event, after this I was relegated to my parent’s aforementioned 1985 Ford 150 Econoline Van for a bit, till I burned that blessing up in a engine fire as I was entering DC. The shameful thing is that I was the second of my friends to have his car “die by flame” on the streets of Washington. Stupid fire department was having dinner at the sub shop right next door to the bar I worked at, about 4 blocks from where my mobile love shack went up. 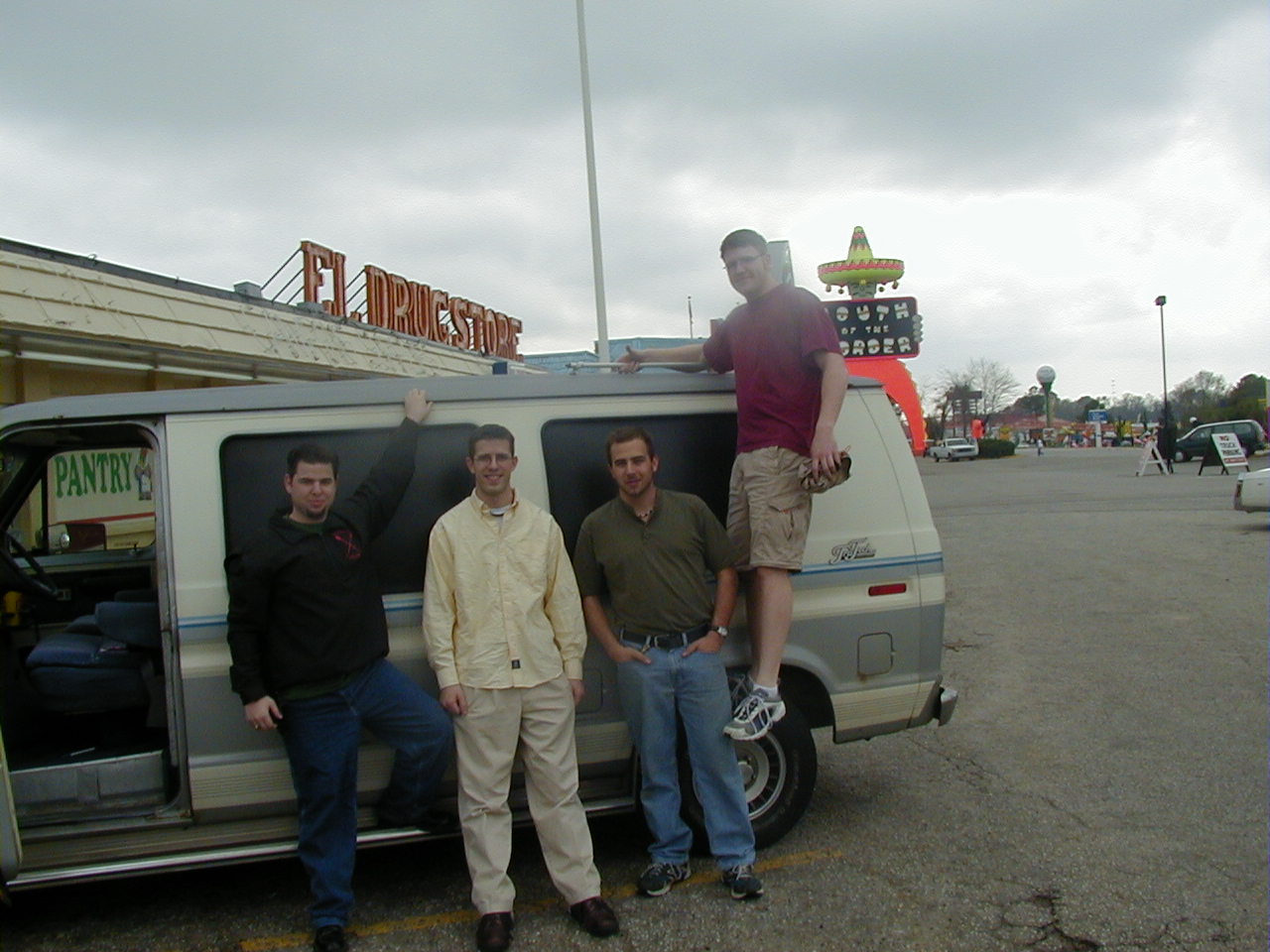 No matter, onto a 1984 Chevy Silverado; black like a stallion and way too big. Check out some old episodes of “the Fall Guy” for a point of reference. In any event, she was far too large for the tiny streets of my town. This is evidenced by that time when I hit her rear quarter panel on a pole while helping my weed dealer move-out. Of course this was in order to get some weed to give to my model girlfriend. But back to Black Beauty, she died, and was traded on, when her transmission stopped working. 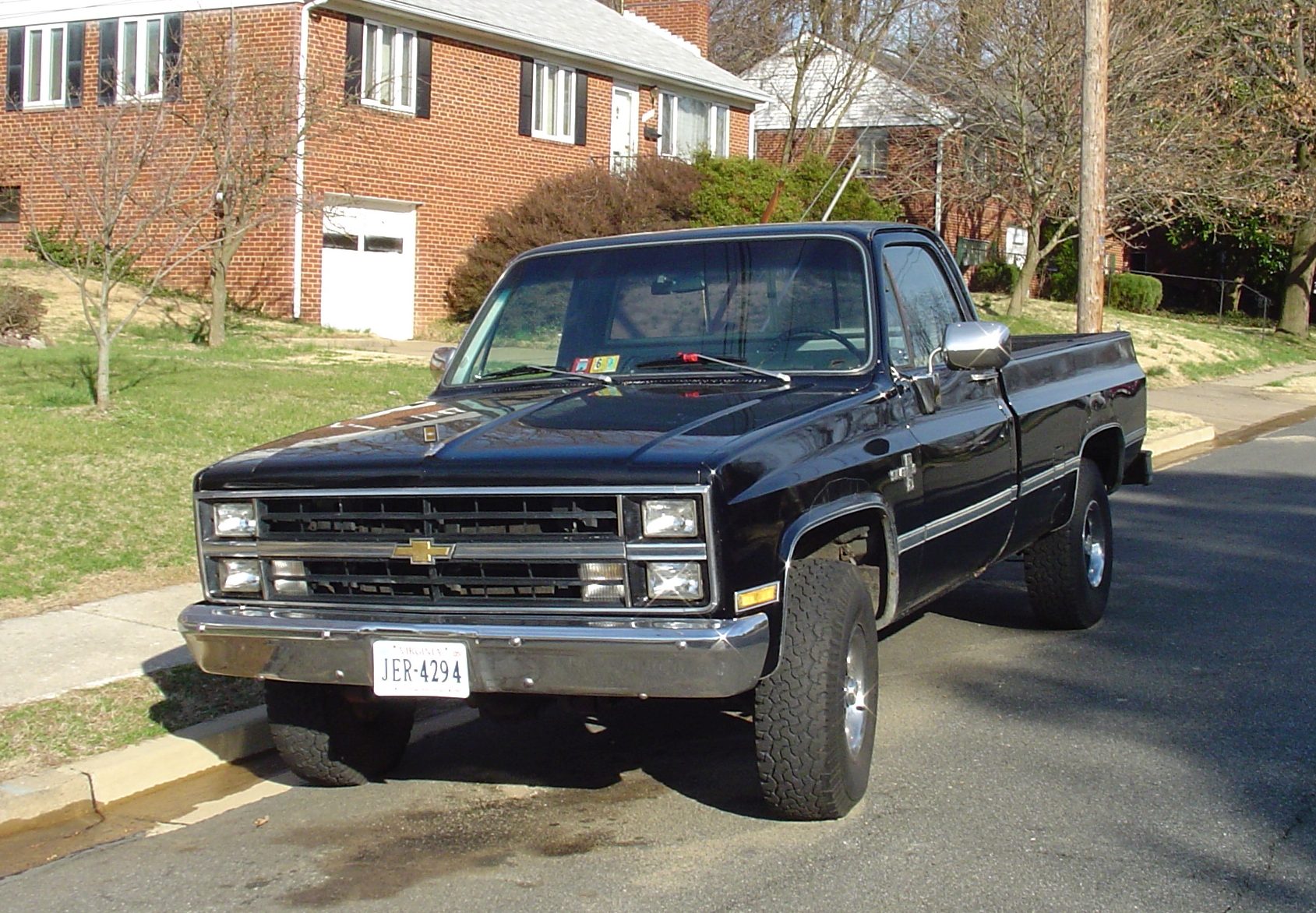 So with no money left, I went without.

At least until I decided to leave town. At that time, I got a nice used 4-runner in cream; bought whimsically one afternoon about a week before I was supposed to leave. Then, I took her as my chariot up to AK via some time sensitive road-tripping. She made it all the way there, from DC, and back again, to OK, with no impediments. However, she did have some problem, one morning in Oklahoma, with some black ice on the road and a ditch. At that point, she slipped back-end around left, off the road to the right, down the embankment and into dirt backing of the ditch’s side. This ripped off the two left wheels and bent the frame, leaving me with another car, totaled again. 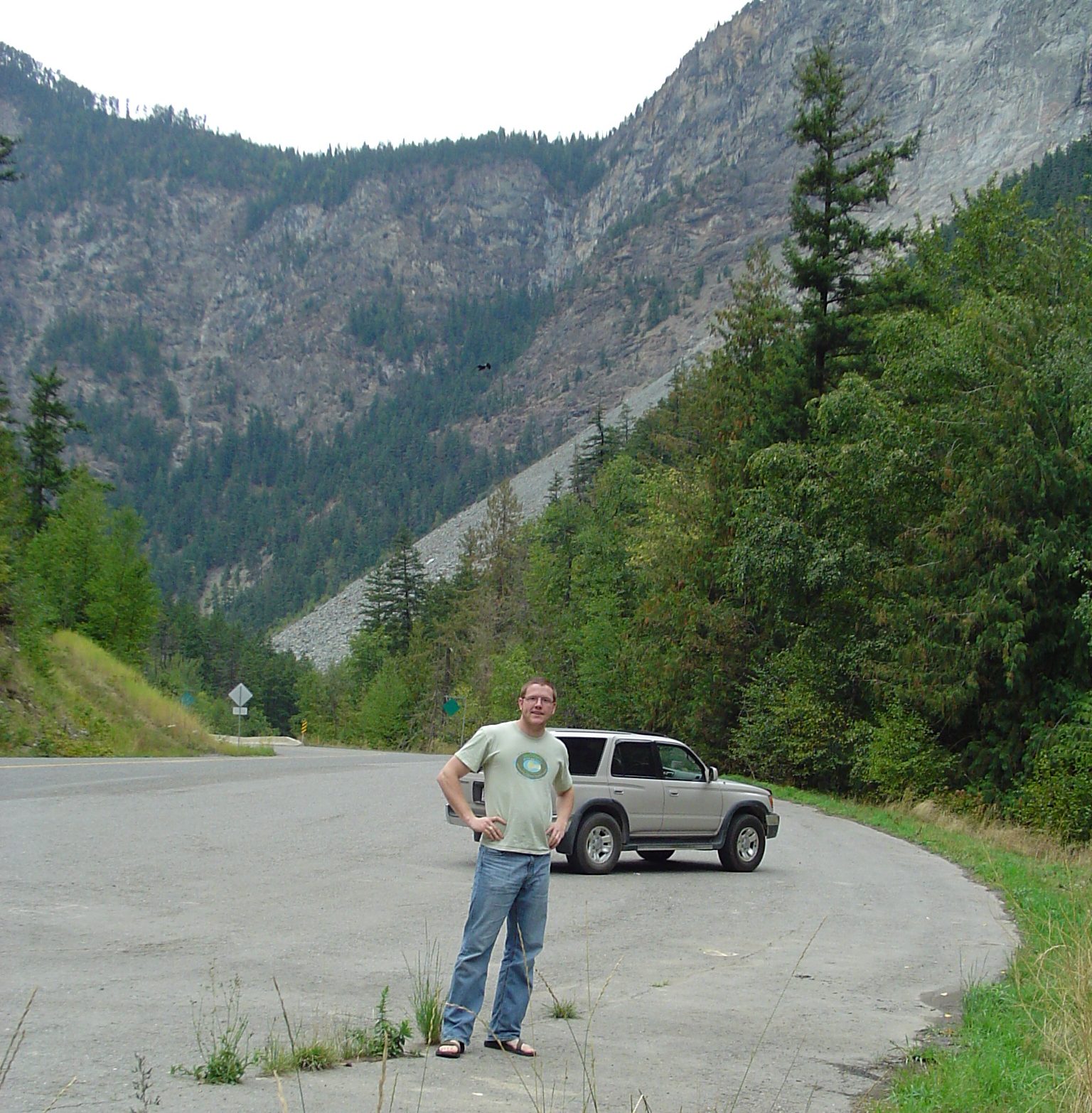 Thankfully though, there were no more crashes from the time I lived in OK. 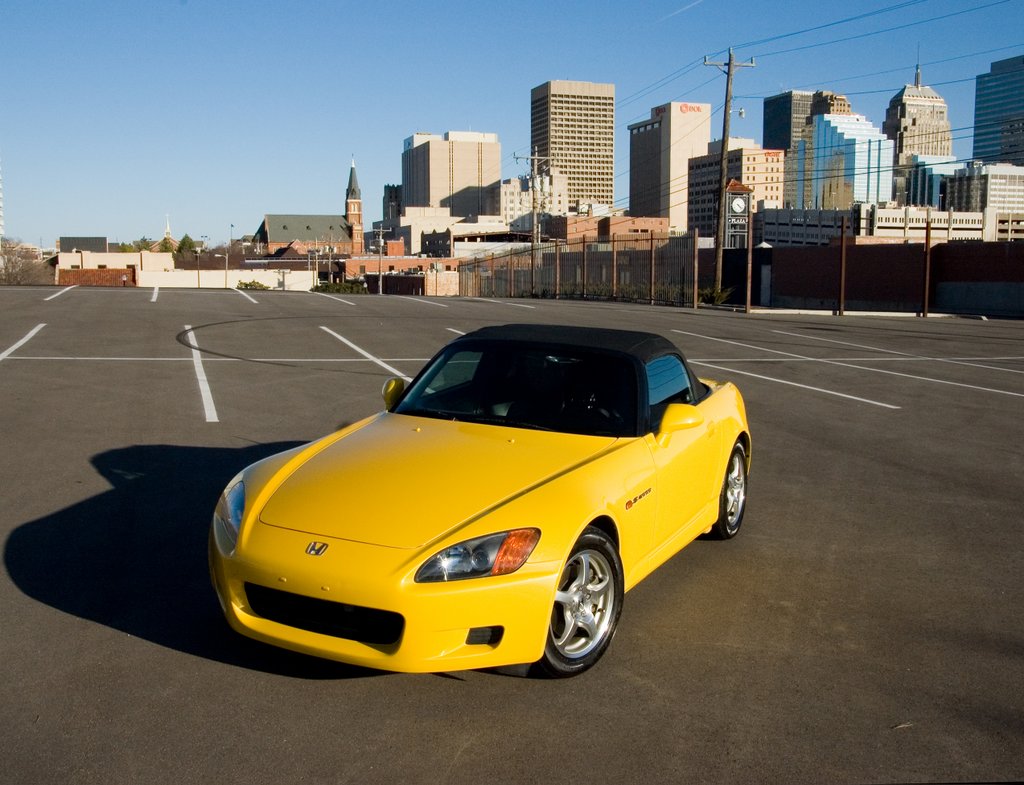 However there was another as I drove my mother’s generously loaned Buick Enclave round the edge of the Grand Canyon in a snowstorm with my girlfriend. A slip and slide round the corner on a snowy New Years Eve combined with a Chinese guy and his Asian family and all of a sudden we had hit. Dude was in the middle of the road on a blind corner on a downhill slope. And when we started sliding towards him on locked brakes I said “Get out of the street dude!” Again, frame bent, front left quarter panel mangled and skewed. Another total loss, bringing me to…… three?

(Does this look totaled?  Methinks the repair guy took the money and ran.)

Thankfully though, that was the last. Yes, I feel like I’ve crashed or messed up more cars than most talking about the same. Still, I love those things. They’re like real sized matchbox cars that you can drive.